The issue of “403 error” can result from various reasons. In my case, it was due to the wrong installation of Let’s Encrypt SSL Certificate on the EC2 instance on AWS. After the SSL certificate setup, once the Apache server was restarted the website was down and it started showing a 403 forbidden error.

The system log was showing the following errors: ( System Log can be accessed by following the below-mentioned step on AWS graphical interface )

I used the command below:

The output of the above command was:

It was obvious that port 80 was being used by some other process. To find out which process was using it, I used the “netstat” command.

It was nginx which was using the port 80. Since I was not using the nginx, I had to stop and restart the apache inside bitnami. 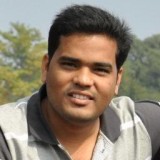